I ran across an interesting question at work the other day for which I had to do a little digging, so I thought I’d share it with you to maybe save you some of the digging of your own.

Disclaimer: I’m only talking about AZURE here, so if you see me write “subscription” just know I’m talking about an Azure RM subscription. Also, this assumes that all of the subscriptions are under the same AAD (Azure Active Directory) group and that you or your Service Principal have access and rights to the necessary subscriptions.

The Problem and the Goal

We wanted to create managed images at a base level so that the provisioning and configuring is a bit quicker and less error prone since there would be less to do. We’d have just one base image for each type of server, i.e. web, agent, SQL, etc. It was important for us that we didn’t have to keep the same image in several different subscriptions. Our end goal was to create a bunch of managed images in Azure using Packer and Chef and use them across several subscriptions and regions, as opposed to having the same image in multiple subscriptions.

We were already doing that, and it wasn’t working for us. We had a lot of managed images in several different subscriptions, which is wasteful and error prone. How can you ensure that all of the images are up to date and the same? You may look in your desired subscription, see that the image you want isn’t there, and create a new one. But, “Oh wait,” you say, “let’s just make this one little tweak to the code first,” and now your image is different than the standard image. As you can see, this can get out of hand and become very error prone quickly, so wouldn’t it be easier to just have one golden image for each of your component servers?

Fear not, dear friends, I learned that we are able to achieve this state, however, I’d like to clear up a few questions we had along the way.

1. What’s the difference between an Azure “Snapshot” and an Azure “Managed Image”?

This is an important distinction because they are not interchangeable and what you can do with one, you can’t necessarily do with the other. I don’t find the Microsoft documentation to be super clear about this, so when I was researching it, I kept thinking that I would be able to do something, but really I couldn’t because I was reading about snapshots and not managed images. I ran across a GitHub discussion where @Karishma-Tiwari-MSFT laid it all out very clearly. She says:

A VM [managed] Image contains an OS disk, which has been generalized and needs to be provisioned during deployment time. OS Images today are generalized. This is meant to be used as a “model” to quickly stamp out similar virtual machines, such as scaling out a front-end to your application in production or spinning up and tearing down similar development and test environments quickly.

An image of a virtual machine is a copy of the VM which encompasses the full definition of [the] virtual machine’s storage, containing the OS disk, all data disks, data files and applications. It captures the disk properties (such as host caching) you need in order to deploy a VM in a reusable unit.

A Snapshot contains an OS disk, which is already provisioned. It is similar to a disk today in that it is “ready-to-use”, but unlike a disk, the VHDs of a Snapshot are treated as read-only and copied when deploying a new virtual machine. A snapshot is a copy of the virtual machine’s disk file at a given point in time, meant to be used to deploy a VM to a good known point in time, such as check pointing a developer machine, before performing a task which may go wrong and render the virtual machine useless.

I thought she did a great job describing the difference, and Microsoft should use it for their documentation, but I digress.

So if the snapshot isn’t generalized, then that means that you can’t do certain things that you might want to do with an image, like change the hostname. It’s not generic enough like an image is.

What I will be discussing in this post is definitely “Managed Images” not “Snapshots”. As a freebie, though, I can tell you that Snapshots seem much easier to move around. The PowerShell module “AzureRmSnapshot” will work for moving snapshots across regions and subscriptions. Likewise, there is a PowerShell module for copying managed disks, as well, but I have yet to find one for managed images without the un-generalized OS disk (more on that later).

2. Does Packer allow you to publish Managed Images to multiple subscriptions and regions?

Sort of, but it’s not very elegant for Azure.

In your Packer template, each region and subscription would need its own builder and unique name for which you need to add a name parameter to this section.

Packer is essentially building a VM, generalizing it, making it into an image, and then deleting everything except for the image. That means that a virtual machine is getting built into each of those subscriptions and regions in order to create an image out of it. That’s a bit heavy for my liking.

It’d be great if Azure had the capability of copying managed images from subscription to subscription and region to region, but it doesn’t without the un-generalized OS disk. I’m not sure why the capability isn’t there for Azure (it is with AWS). Either Packer would need to bake into their code to copy the images over before generalizing the OS disk or Azure would need to create a way to copy managed images without the un-generalized OS disk. Regardless, we’re kinda stuck doing it this way for now. (09/23/2018)

3. Does Azure allow you to use Managed Images in one subscription to build virtual machines in another subscription?

This was a little confusing to me as the docs say:

If you wish to create VMs in a different resource group or region than your Packer image, specify the image ID rather than image name. You can obtain the image ID with Get-AzureRmImage.

That’s all well and good, but it says nothing about creating the VM in another subscription.

So I went over to the GitHub documentation for Test Kitchen’s kitchen-azurerm driver. And lo and behold, in example 5 you can see that the driver uses an image_id rather than an image_urn. I kicked off a Test Kitchen build using an image from another subscription than the one I was provisioning into, and it worked!

Under the hood, the kitchen-azurerm driver is an ARM template, so that simple little test validated for me that it would work to create a VM from an image in another subscription. If you were to use the Azure CLI, ARM template, Terraform, PowerShell, or whatever else to provision your virtual machine from the managed image, you’d simply specify the image ID (which contains the subscription ID) and not the image name.

This was great news for us because that took away the need to create images in multiple subscriptions.

Right now the UserImageSharing feature is only in PRIVATE PREVIEW.

I have just learned that Shared Image Gallery addresses all these issues. The feature now gives you the ability to manage your images efficiently, share your images across subscriptions and regions, and scale your VM/VMSS deployments. The feature is currently in Public Preview and will be generally available Q1 2019. UserImageSharing, however, was only being previewed by a set of customers, and I just learned that it will never be generally available. You can find the documentation for Shared Image Gallery here.

4. But how do you copy Managed Images from one subscription or region to another?

I was still really curious about how you would actually copy the images to other subscriptions just in case we ran across a situation where we couldn’t change the image sharing permissions on a subscription or whatever else might come up. I learned that you can use az image copy to copy managed images to another region and/or another subscription. However, the thing that makes it super inconvenient is that it relies on the un-generalized source OS disk as the actual source of the copy. Therefore, if you want to copy the managed image to other regions or subscriptions, you will have to have the un-generalized OS disk from the original VM.

The non-Packer automation workflow super sucks, and I’d love to hear from anyone that knows of a better solution. This guy has a detailed plan lined up, but it would probably look something like:

See the command below and note that it has a --target-subscription parameter in which to put the name or ID of the subscription where the final image should be created.

But gah, doesn’t that sound like such a huge pain in the butt and prone to errors all over the place?

All in all, it’s better just to use separate builders in the Packer template. Sure it’s doing the same thing, but it’s simpler to execute and you don’t have to have the un-generalized OS disk laying around forever.

In the end, we’d like to never have to do the workflow in #4 because we will hopefully not need to. Because Azure allows you to create a VM from an image in a different subscription and region, it is not likely that we will need to copy images. 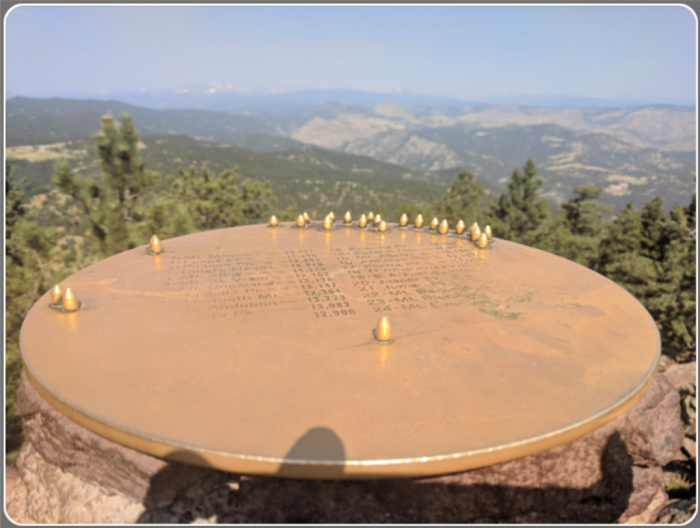 And as always, if you see any errors in this post, create a pull request with the fix and give yourself credit! Cheers!